Juanita invited me into the family home to entertain 20 teenagers!  WOW!  We had such a blast.  I really wanted it to go on for another hour at least!

We started the night with a game called Footsy Pop, where we tied a balloon to everyones ankle.  The idea is then to pop all the balloons you can but not your own!

The kids had a blast with this one as it was a fun ice breaker and got everyone in the mood.

We then played a game of guess that tune.  We worked out a system so that everyone had a turn and as I called up contestants they all had a go at guessing their favourite songs names. All the kids thought that it was quite easy but it turns out, it is much harder than they expected.

We also played truth balloon, which is like a kind of truth or dare but as you are called up on to the stage, you had to pick a balloon and pop it!  Inside the balloon is a message!  The messages read from simple things like “If you were stranded on an island, who would you choose to be with?” and crazy things like “Make a hat from toilet paper”!  and even “Sing Jack and Jill as a rapper!”  That was so much fun!

The girls loved dancing to the Nae Nae and also, Uptown Funk, which must have been a dance routine that they have been working on.

Finally we wished Stella a happy birthday and had everyone select some crazy clothes from the props bag to take some awesome photos!

Check out this small video of Stella’s 13th birthday.

Happy Birthday Stella.  We hope you had an awesome time!  I know we certainly did.

Hope to see you again soon! 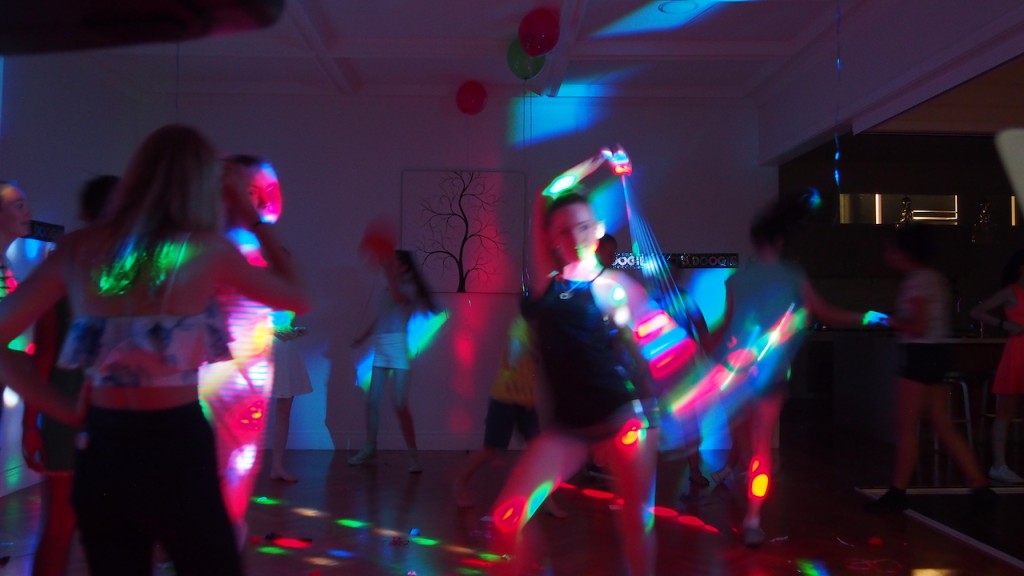 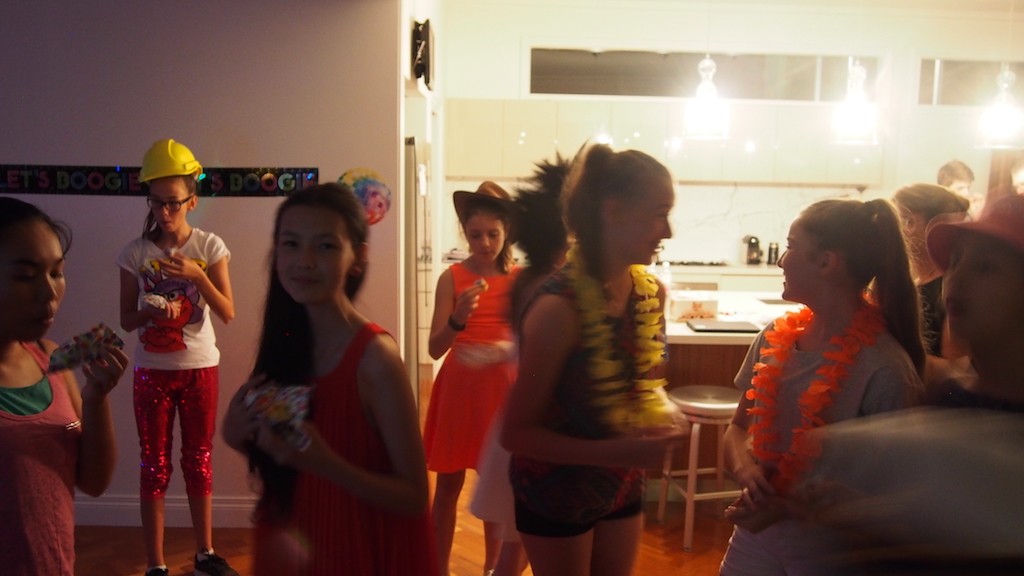 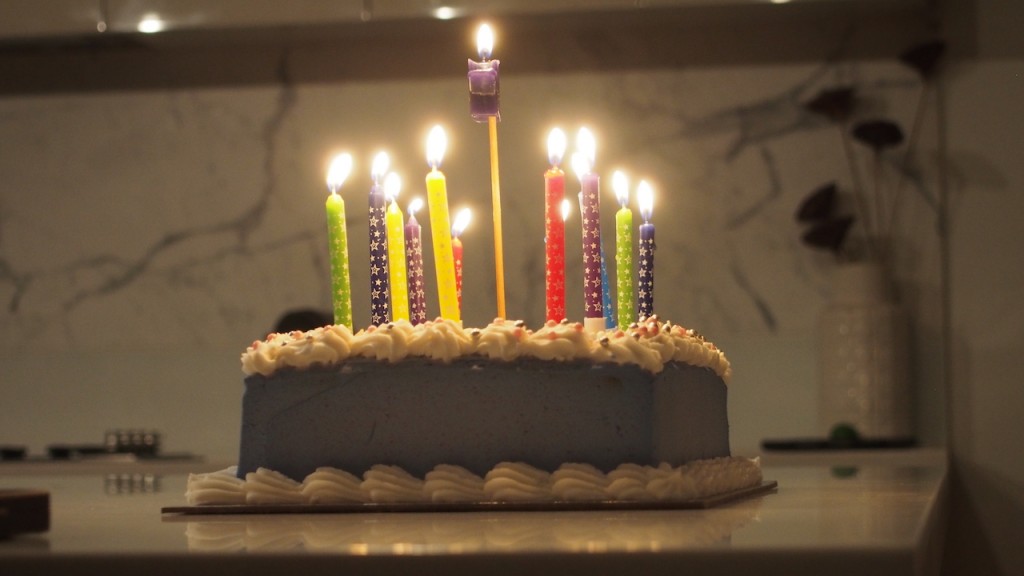