“Grace had Steve for her 7th birthday on the weekend. He was AMAZING! She had 30 friends there and Steve kept them constantly entertained for 2 hours! It was brilliant. Our rumpus room looked like a nightclub with all of his equipment it was better than I could have ever wished for. All of her friends at school today where saying “we want DJ Steve to do our party”! It truly was just so wonderful and it took all the pressure off us so we could enjoy ourselves too. Highly recommend Steve. In fact I plan on having him back for my party!” – Beverley H (Grace’s Mum)

Well it was yet another awesome 7th birthday for a little girl named Grace!  She was so into her disco party, I heard she wanted to get dressed early in the morning because she was so excited.  Well…. did we have a party planned for her or what?!  Everyone at the party had so much fun, including the adults which spent most of the night hanging around the door checking out the music, the lights and the kids.

Grace was also fantastic on the decks.  She had the chance to cue up her favourite song, announce it and played it to for 30 friends that were at the party.

After we did some warm up exercises we played a lot of games last night and their favourite was Hot Cue Corners.. so favourite that we played it twice!

The room that we had the disco was in the rumpus room which lead out onto the rear deck.  Bev (Grace’s Mum) had setup all the food and drinks out on the back deck so that we kept the dance floor clear of any spillages.  What a great idea.  She also had a table with all sorts of groovy party wear, where you could find all sorts of goodies including glow sticks and glow glasses.

Happy birthday Grace!  I had a ripper of a time and I hope you and your friends did also.

This was the last song for the night where the kids and parents had a final dance together! 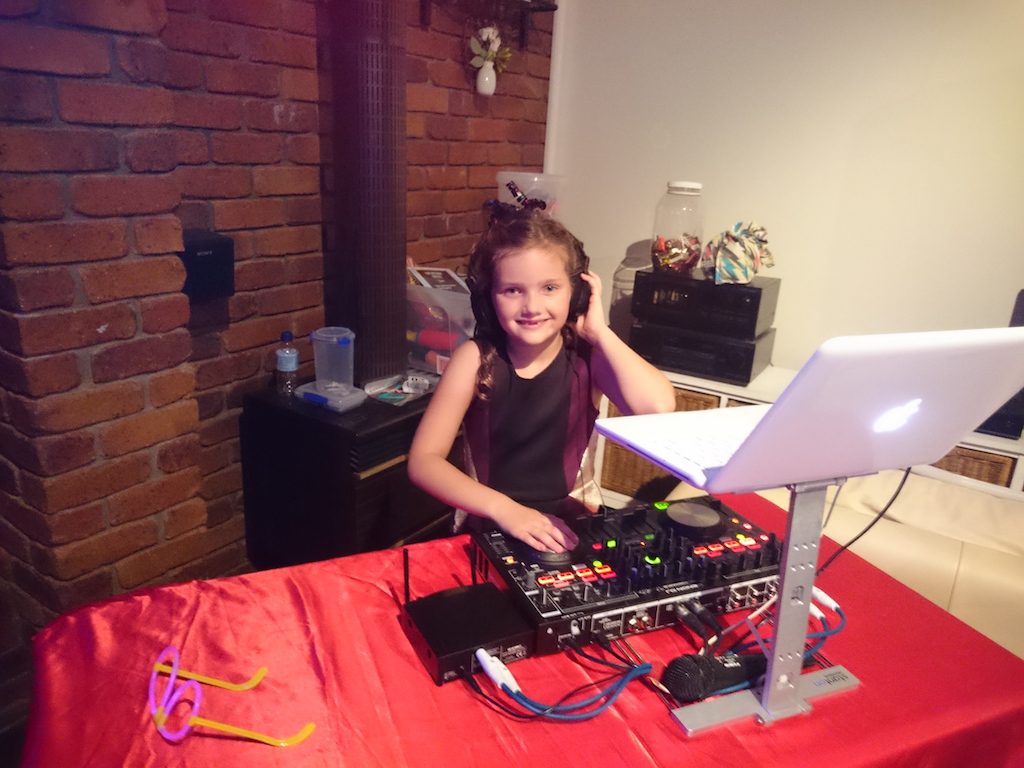 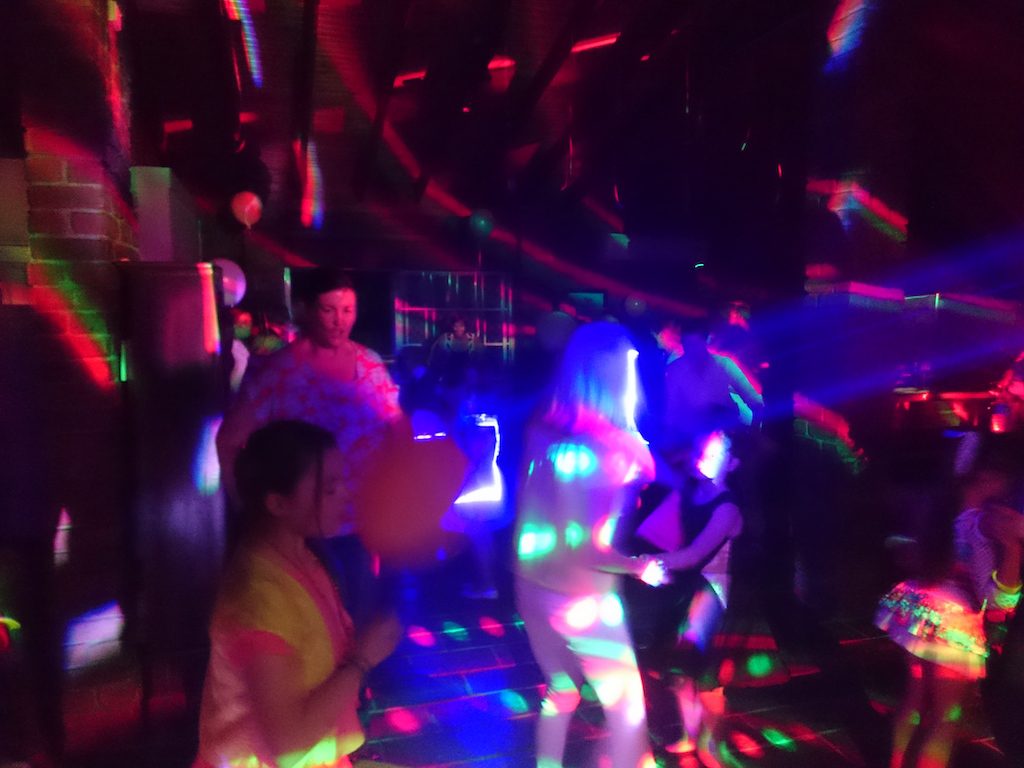