Friday night was filled with loads of fun for the families of Dominos Pizza at the Brisbane office.

The evening started off with some background music while the kids had opportunities to make their very own pizza!  They played on the WII and some old school pinball machines too.  Once their tummies were full, it was time to hit the dance floor for the next two hours and play games with DJ Steve.

We had an awesome night and played almost every game that I could think of!  The kids had a ball and so did I.  The game of the night was Musical squares.  They enjoyed it so much that we ended up playing it twice.

A new game for the night was throwing corkscrew rockets through the air made from balloons and to see who could throw theirs the first!  Little Lara threw hers nearly 4 metres.. WOW, it was an incredible throw! 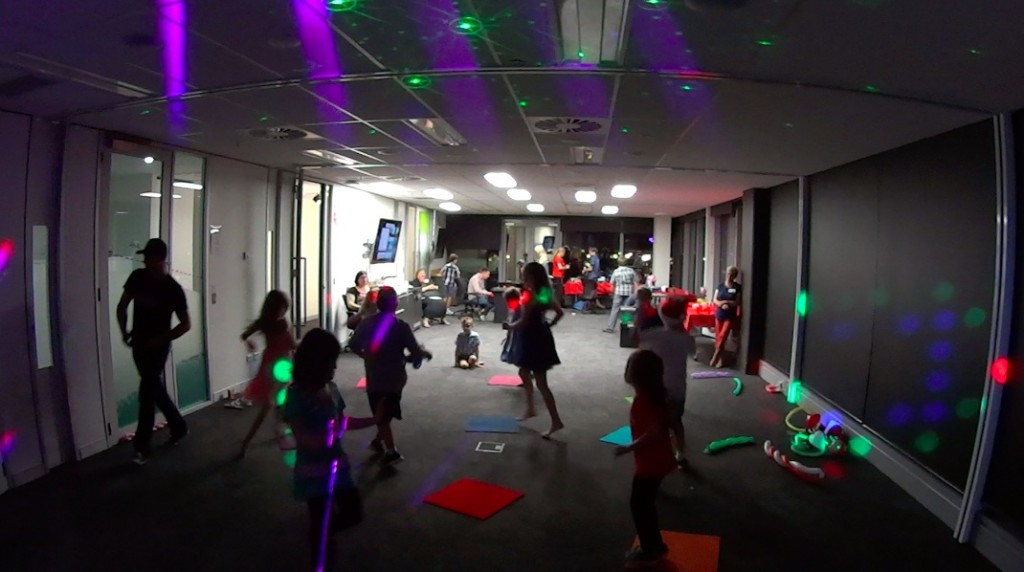 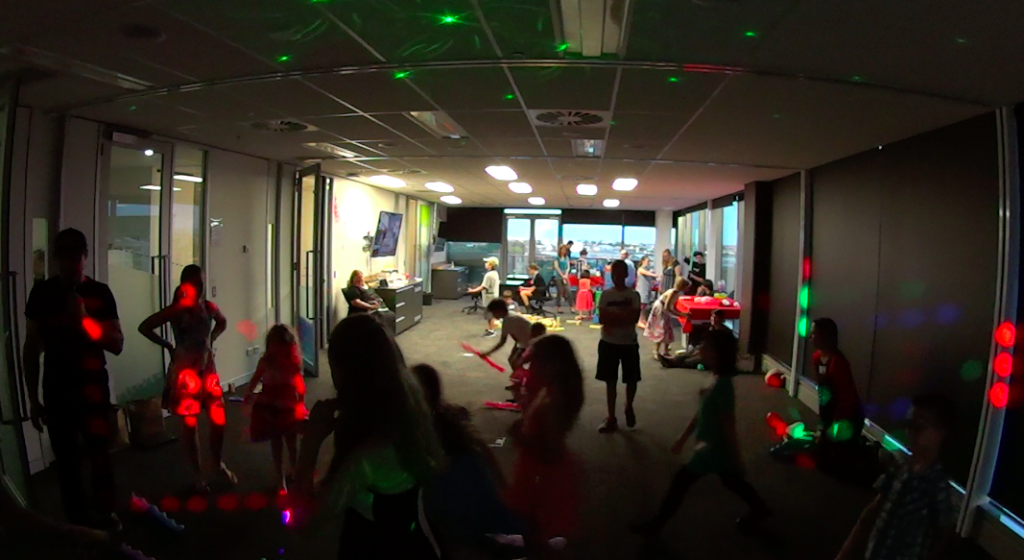 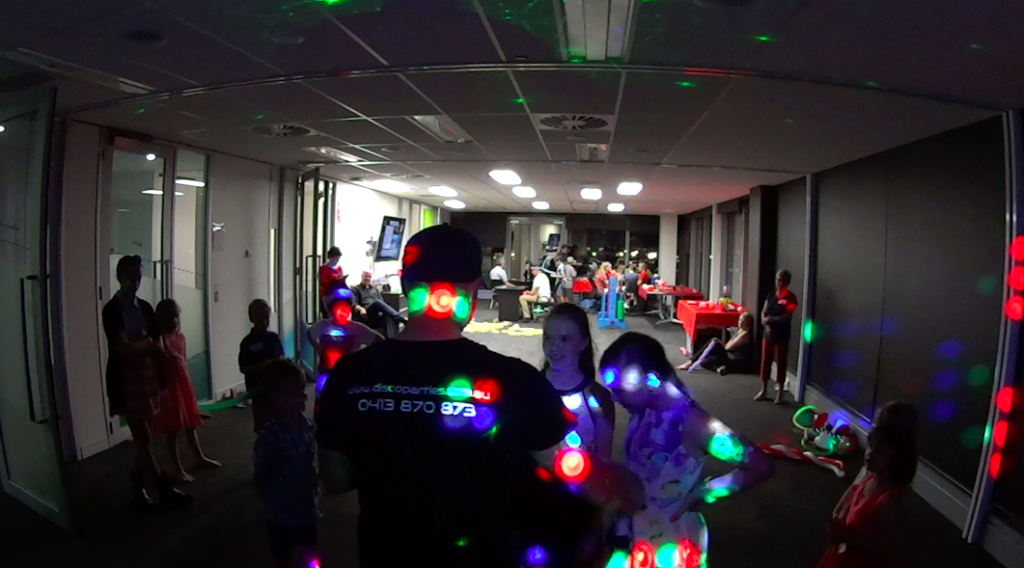